Thoughts and thanks by Jon Keevy

I arrived in Cape Town back from the US on the 17 May. I felt invigorated despite the forty hours of traveling it took to get home. Maybe it was the jet-lag rewiring my brain, or the cold slap in the face of Cape Town rain – but I doubt it. Instead I’m fairly certain it was the journey and processing everything I’d seen, experienced and learnt in the US as part of the Kennedy Center’s International Playwrights Intensive at the New Visions \ New Voices festival, and as a traveler in that strange country. 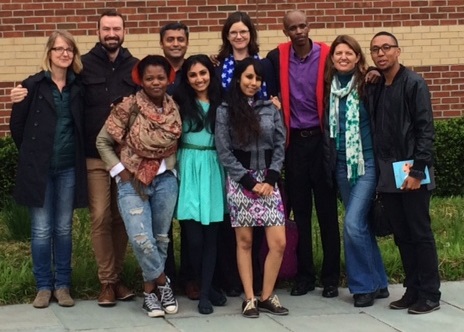 The other writers were a kick-ass bunch, 5 of us from SA, 3 from India and 1 from South Korea (who didn’t make the picture)

It’s taken me too long to write this. As soon as I got back to Cape Town it was back to the theatre and following up on the business cards and handshakes I picked up on my trip.

It started off with quite a lot of intense work (actually it started off with snacks and local brews, but the work came along soon after meeting the team). The University of Maryland based team had us foreign writers earning that title – rewriting and rewriting our plays for the full reading at the end of week one. I found it really rewarding to have a robust, opinionated engagement with my play from such a thoughtful group of dramaturgs, directors, actors and writers. I can also say that the down time spent talking theatre and life through the early hours with the other writers on the program was thought-provoking and at times utterly hilarious. 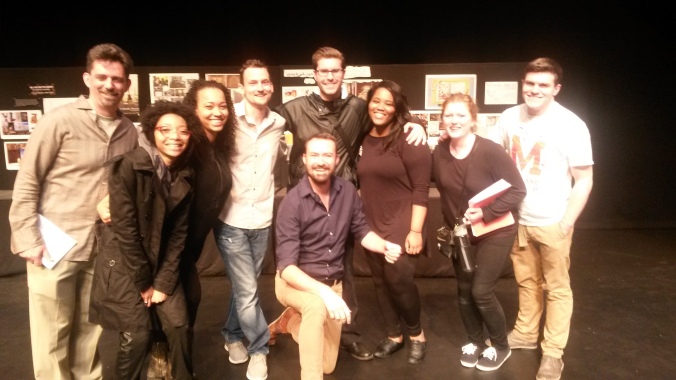 My team at the University of Maryland  – such excellent notes on the story from these champions.

Moving over to the Kennedy Center in D.C. meant less work and more time to check out the cultural side of the city (not enough time though, DC has a vast number of museums, parks, monuments, galleries and theatres – we hardly cracked its shell). We had four days of rehearsals and minor rewrites in preparation for the festival itself. Knowing that this would be presented to professional playwrights, companies and producers ensured that I bit my fingernails down to the quick as I poked at the final cut of the play.

Andrew Whiting gifted Lereko, Mojalefa and me with tickets to The Nether at the Woolly Mammoth Theatre in DC

I was lucky to be invited to speak on a panel discussing theatre ‘on the edge’ and got to punt my views on technology expanding the possibilities of theatre – from access to content, administration to collaboration. Access and diversity were on everyone’s minds not just as an area theatre had to improve in, but also as an area rich in creative potential to spark new theatrical vocabulary.

This is just my favourite picture. Lereko and I taken by Tumelo Khoza

The festival itself was a big success – we only did extracts of our plays but there was a lot of interest from attendees. It’s these connections that are difficult to make outside of settings like festivals and conferences and while attending them is essential to building a career in any field. I’m still following up on these connections and I hope to have exciting news and more to thank you all for in the near future. In fact I got some exciting news while I was there: the National Arts Council approved my funding proposal for The Underground Library – so I’ll be able to present it in 2017. 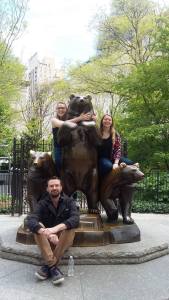 I spent the last week of the trip in New York staying with friends. I saw some great theatre, places and people, and bought scripts to start building a little theatre library at Alexander Bar. The highlight was Sleep No More, an immersive theatre experience remixing Macbeth with dance and film noir. And of course every trip to New York needs a visit to Yankee stadium to see the bleacher-creatures and pinstripe pride in action.

I arrived back feeling inspired and fired up for the mission – tell more stories in more ways and make space for others to tell theirs.

And all thanks to you and the support of Yvette Hardie and ASSITEJ SA, The Kennedy Center, and The University of Maryland.

In my appeal I also promised to pay you all back somehow, and the options are taking shape:

Thank you all so much! 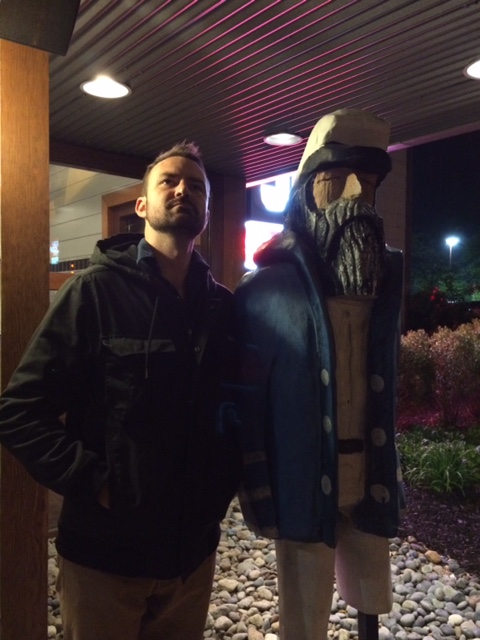 What I’m thing about